A downloadable game for Windows, macOS, Linux, and Android

Get the artbook here!

i've played this before, a while ago, when was the last update?

just played though this,the whole thing is just the counselor ”converting”Kate to be a lesbian forcefully

nah she wasn't converting anyone to be anything. just taking advantage of her.

not really sure what to think of this game. the art style is cute, the colours a little jarring but still alright, but the plot... I started playing and felt a tad uncomfortable with what Katherine was saying.

I thought this was going to be a game where a girl goes to her school counsellor with her worries of being unable to make friends, get some help in talking to girls, and then develop a romance (with some sex thrown in, why not) but from the beginning Katherine was describing people she considered friends grabbing her, kissing her, touching her in ways she didn't seem to want, and it just seemed incredibly non consensual and made me uncomfortable.

by the time the therapist brought out the hypnotic necklace and began trying to tell Katherine that she enjoyed being touched inappropriately I just quit the game cause ngl it wasn't really hot it was just... a girl being forced into things she didn't want to be a part of.

I didn't finish the game and I doubt I'll give it a replay. for those who enjoy this sort of content I'm sure they'll love it, but personally it's not my thing and I wish there had been a bit of a disclaimer saying that there might be some non consensual situations and language involved in the game, since had I known that I may have left this game alone.

true, I suppose that is some form of a warning. just didn't expect the psychological horror elements that I was presented with

Thanks for the warning,. I would not have enjoyed that experience.

It's very great remaster of Kissing Therapy. Less place for imagination but more for nice CGs :) 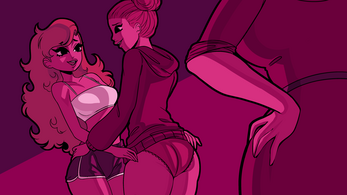 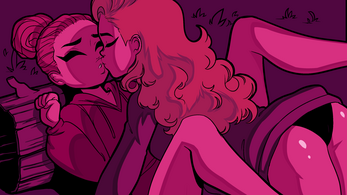 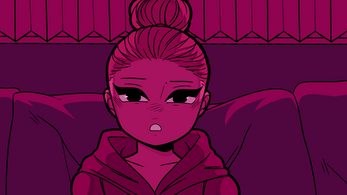